In Russia, a journalist with many children was arrested, whom Putin praised

Without the right to protection? 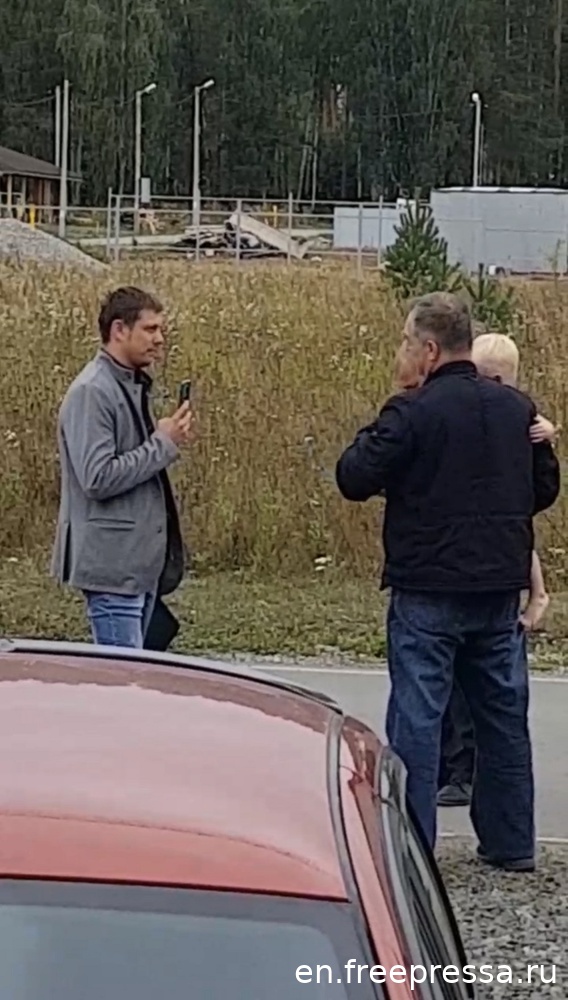 In the Sverdlovsk region, the police came to the journalist on the morning of September 6 and forced him to leave with them to court in an administrative case of incitement to hatred. April 20, 2022. Maxim Rumyantsev posted a video in which he stood up for his daughter in front of a guest worker driver. The driver illegally dropped off the underage daughter of a journalist on the highway outside the city, because his terminal did not work and the girl did not pay. The driver forced her to get off the bus.

Rumyantsev was reported to the police, where his statements were recognized as incitement to hatred, although mistakes and inconsistencies with the Legislation of the Russian Federation were made in the materials themselves.

In court, journalist Maxim Rumyantsev petitioned to postpone the trial and involve a professional legal defender, but the judge of the Chkalovsky District Court of Yekaterinburg, Alexander Kabanov, refused him. In fact, the journalist, who has repeatedly communicated with Vladimir Putin and even received gratitude from him, was in court without the right to protection, which is guaranteed to everyone under the Constitution of the Russian Federation.

Judge Alexander Kabanov sentenced Rumyantsev to administrative arrest for 5 days, which was an excessively harsh punishment. Firstly, the journalist Rumyantsev has never been brought to administrative responsibility on such grounds before, and secondly, arrest is an extreme measure. This article provides for a fine in the form of punishment, then forced labor and only then arrest. Moreover, Maxim Rumyantsev, a journalist with many children, has 4 dependent minor children, his wife is on maternity leave. But Judge Kabanov immediately ordered the arrest, bypassing the two previous stages of punishment, which looks very strange.

Immediately аfter the arrest of a well-known Ural journalist, a scandal broke out all over Russia and the case began to have a political character. As a version, it can be assumed that someone is beginning to clean up the public space from journalists and public figures who respect Vladimir Putin and support his policies. The prosecutor's office of the Sverdlovsk region did not file a protest against excessively harsh punishment for a journalist with many children, the family was left without a breadwinner for 5 days.

The editor-in-chief of FREEPRESSA served his sentence under arrest in full: from September 6 to September 11. Now he and his defense are preparing lawsuits to the cassation instance, as well as to recognize the actions of police officers as illegal, since on September 6 they illegally entered the private territory of the Rumyantsev family's household. The defense of Maxim Rumyantsev has information that in this high-profile case there are other serious procedural violations, about which a separate material will be prepared. By the way, neither the police nor the prosecutor's office punished the driver for the illegal landing of the girl.

It should be noted that Maxim Rumyantsev supports the special military operation of the Russian Armed Forces on the demilitarization and denazification of Ukraine, was on business trips in the Donbass and in 1999 Chechnya before the storming of Grozny. Has awards, father of 6 children.

In the main photo: employees of the Sverdlovsk Center for Countering Extremism, who illegally entered the private territory of the Rumyantsev family. Maxim Rumyanuev asked them to leave the territory, but they refused.

What are Sverdlovsk fighters against extremism afraid of? The agency's crafty response to the request to protect us from neo-fascism

In Russia, a journalist with many children was arrested, whom Putin praised

Without the right to protection?