#griefersfromKasli “Who gets what and why”

In the Ural Federal District, a wage delay scandal is brewing at the Kaslinsky Demidovsky Ironworks. The owner blew of his workers. Governor Texler and Plenipotentiary Tsukanov are inactive. Workers are not afraid of the coronavirus - they are several months without a salary. 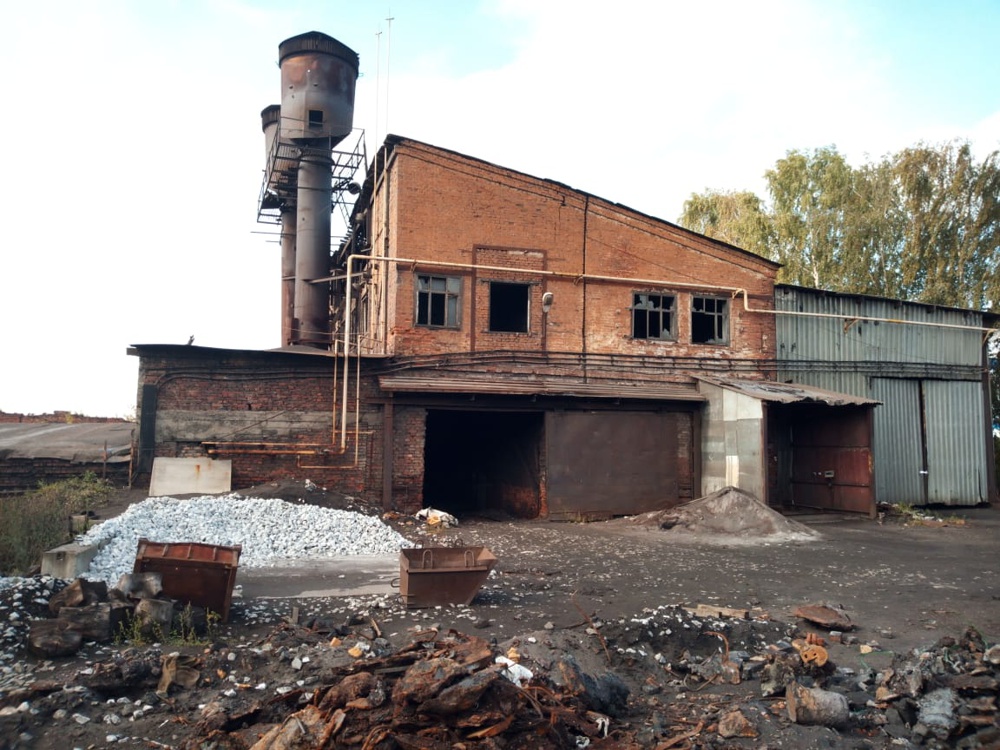 Production stopped on February 28, 2020. Furnaces were shut down. About 80 people were left without work.

At the end of 2019 "Kaslinsky Demidovsky Ironworks" LLC (hereinafter – the "KDI") entered into a commercial lease with Mostransavto LLC. The latter was actually an investor for the ironworks because "KDI" had debts to employees, utility service providers, and suppliers. Investors set up a schedule for paying off debts and invested a large amount of money – around 14,000,000 rubles, to be exact – to reinitiate the production process. The production was initiated once more.  At KDI, the company began to cast and sell wedges for the undercarriage of railway cars. The plant began to make profit. In this mode, the plant worked for 2 months. On 28 February 2020, the owner of "KDI" LLC closed the plant and kept the investors out, leaving people out of work again. 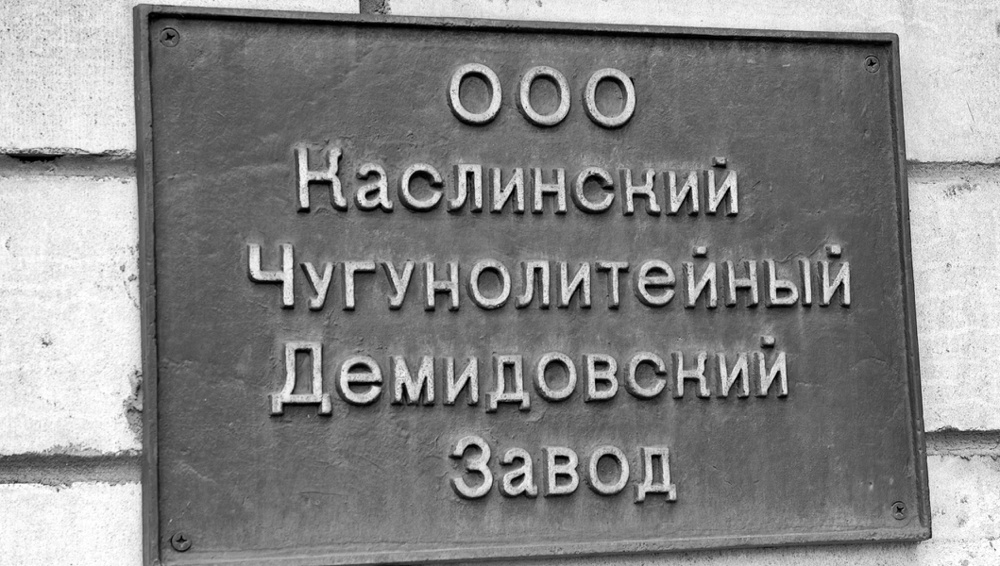 Alexander Istomin, technical Director of the investor company, is speaking: "...we were denied access to the plant without any explanation. Our products were exported to an unknown destination for 2,000,000 rubles. We employed 80 people, we planned to increase the staff to 150 people and renew the production line. We reached the nominal capacity of the plant and launched it. It does make profit now!  We were able to bring it back to life.

We are ready to work! Muratov [the founder of "KDI"] doesn't want to talk us and doesn't return our calls. Our products were taken out and sold to third-party buyers, thereby causing us damage of about 2,000,000 rubles. This product was released at our expense! We have filed a report to the police". 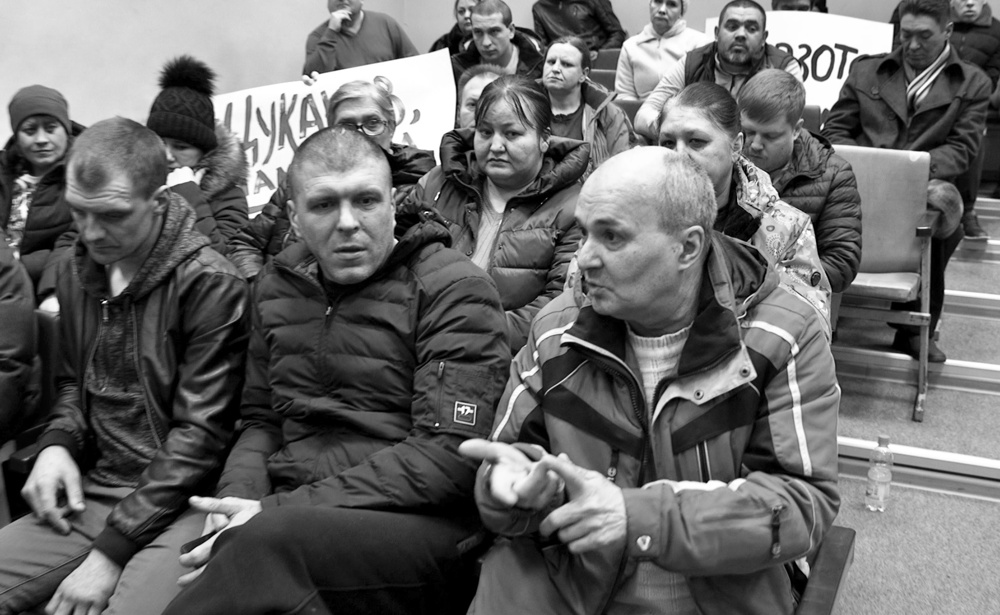 Replies from the audience. 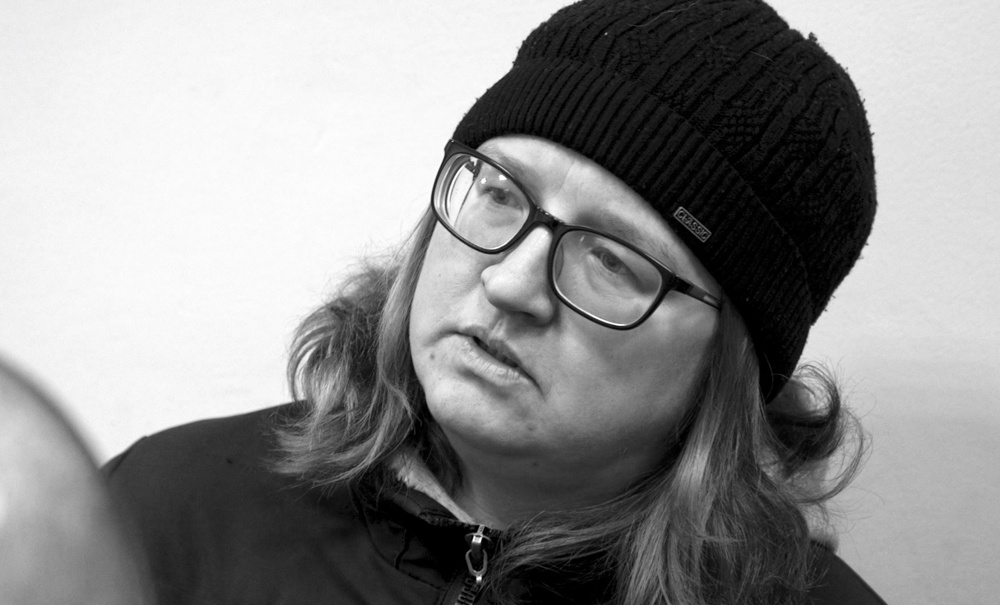 - I received the rest of my salary for September and October! December and January remain unpaid. We don't even know what we're owed! And no one tells us anything. We independently contacted the Prosecutor's office about non-payment. I was called to the local branch of the Investigative Committee, but it was useless: no cases were opened, no debt being payed! - summed up Tatyana. 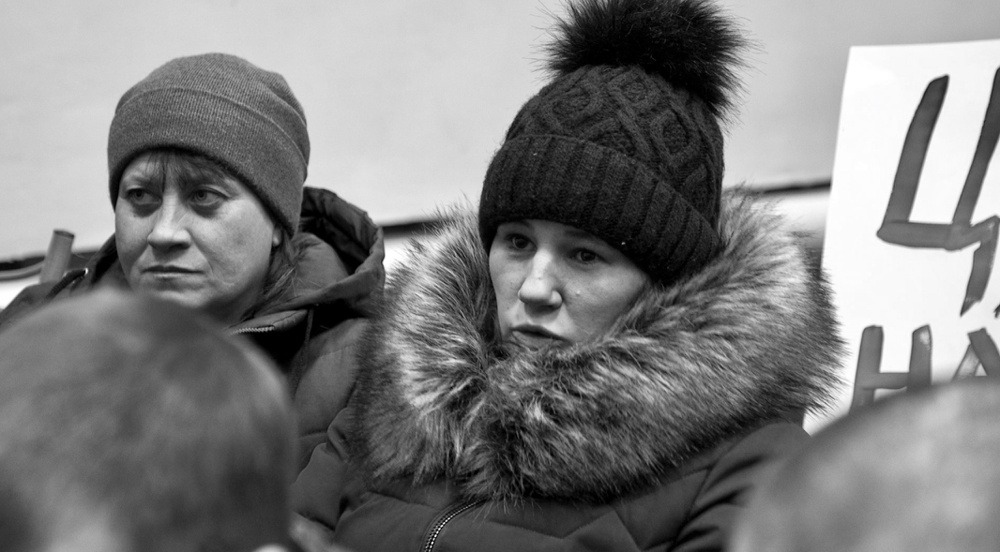 - Half of the working staff is now sitting at home doing nothing!

Employees of "KDI" say that before the arrival of investors, they received official salaries and non-official bonuses. 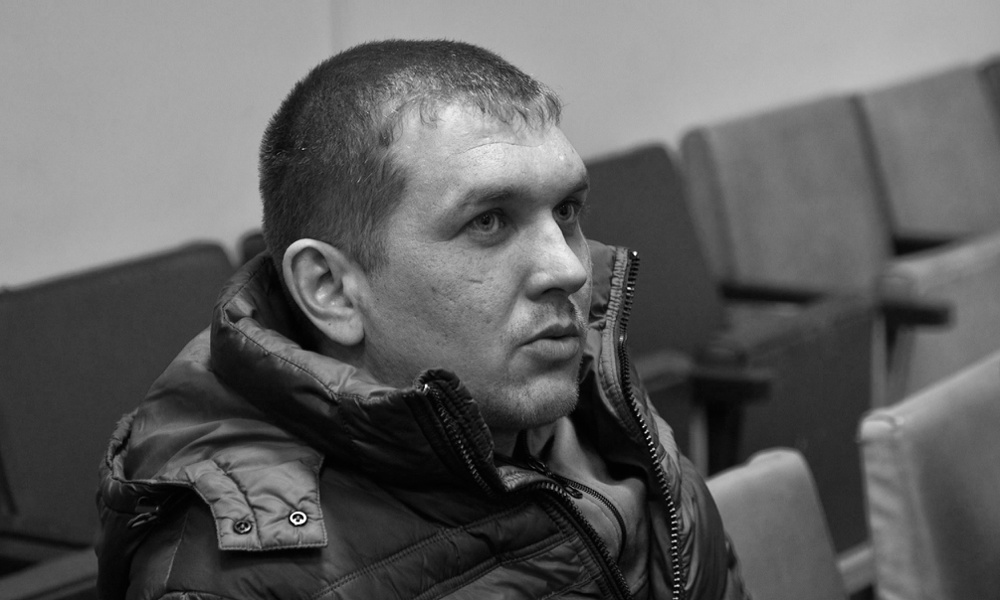 - You were left without money! - We were left without money! I have invested about 4,000,000 rubles from my personal funds. In total, me and my partners have invested 14,000,000 rubles, and this is only to pay off the owner's debts. I believe that due to the unjustified and unforeseen actions of the ironworks owner, the debts of the plant will only grow further. The company is at the brink of bankruptcy, with a bankruptcy manager appointed by the state. He will cut the plant to pieces and auction off everything. And the company will be no more.

People demanded to bring the owner of the enterprise to account: "Somebody bring Muratov Senior here!" [Vladimir Yevgenyevich Muratov is the father of Maxim Muratov, the founder. He is an informal manager of the plant, according to the stories from the audience.

AI: - According to what we know, Muratov is now looking for a new investor.

The voice from the audience: - Why look for investors, if there is a person standing in front of us right now? He is ready to fund the place!

- Many people have left the company, that's why so very few people came.

It's in our best interest that you work! We don't need 400 or 500 rubles per month! A couple of times we didn't even have that!

AI: - Muratov did not notify us officially about any termination of the agreement. He just won't let us into the factory, that's all, and won’t allow either us or you to work!

Women who signed the appeal: - From the previous employer [owner] we received an advance for September, but for October and November we got nothing.

- Let's hope the Governor helps us.

Yuri Byakov: - They came, and we started working again. The cafeteria started working too! We were fed for free! They began to pay off salary debts, and they don’t have to do this, it’s not their responsibility. Now the plant doesn't receive raw material for work. The owner forbade investors to enter the territory of the enterprise, so everything stopped, and we are out of work now.

Replies from the audience:

- We'll get out on the streets and start protesting if there is no positive decision! We ask the authorities to help us. 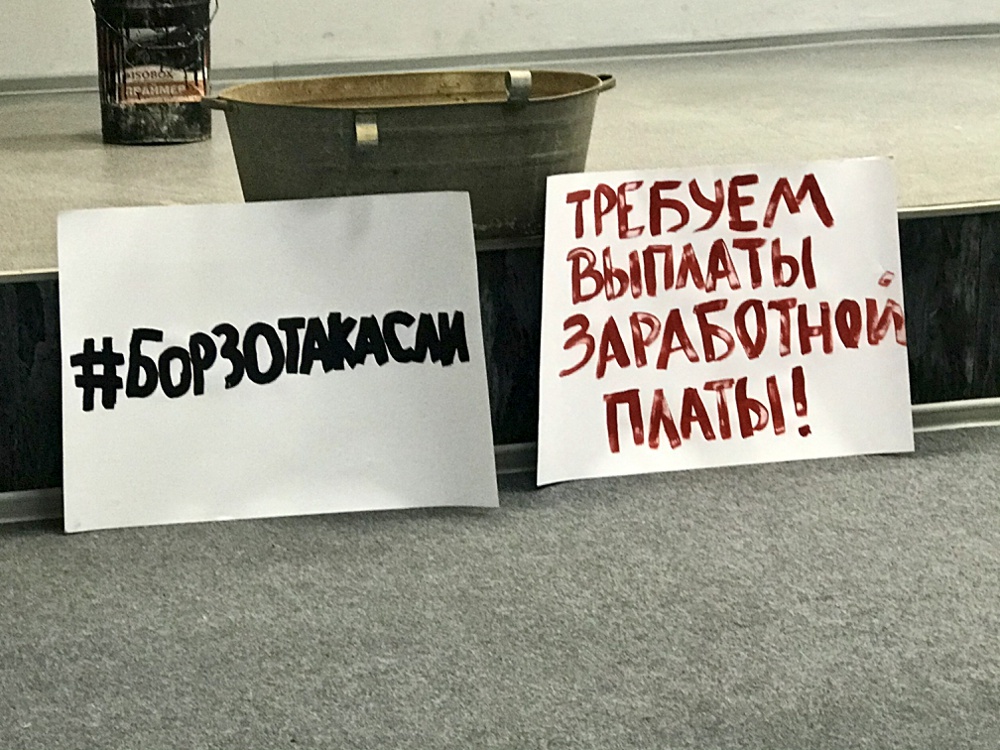 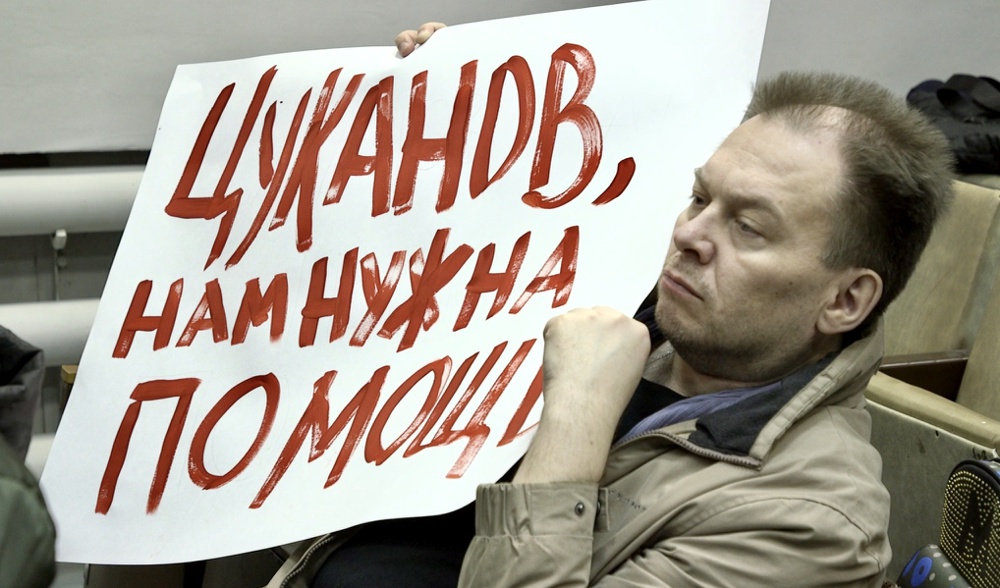 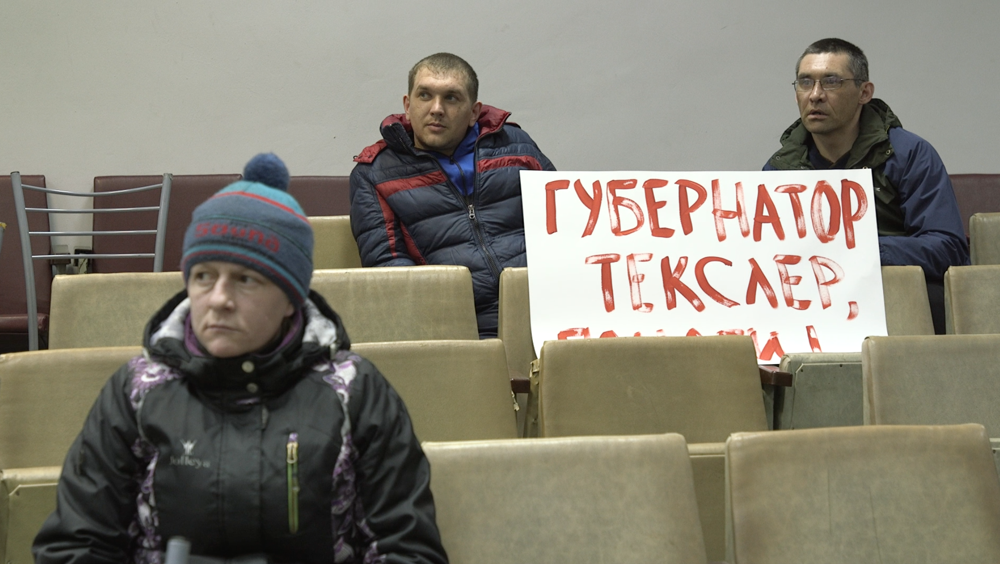 People believe that if the government does not support them and if there is no strong political decision on the matter, then investors are unlikely to be able to return millions of investments through the courts. The owner of the plant has other huge debts.

Investors and some of the workers from "KDI" LLC go to the entrance of the plant. The door is closed; security does not allow them to enter the territory. Entrepreneurs call the Director of the company Alexander Ilyinykh, but he does not answer.

It is noteworthy that at the entrance to the Kaslinsky community center, where this meeting took place, there is a photo of state Duma Deputy Vladimir Burmatov, who was elected in this Metallurgical single-mandate district. Did he know that on the territory he's responsible for, in his constituency, "KDI" employees did not receive salaries for months?

Look at the faces of these people, look at their hands. This is the real working class. These are men and women who hold the industry and metallurgy in particular in their hands. They don't know what Instagram is. They can't go to social networks and post hashtag #askteksler. They still don't quite understand what the Constitution is and how it feels to be protected by the law. They don't care about elections and referendums, and nobody cares about their problems. 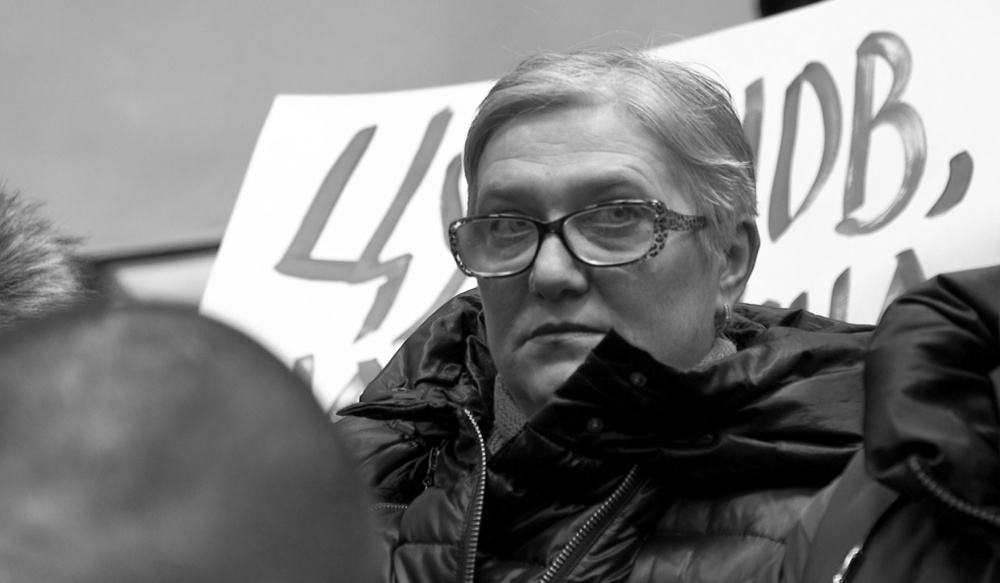 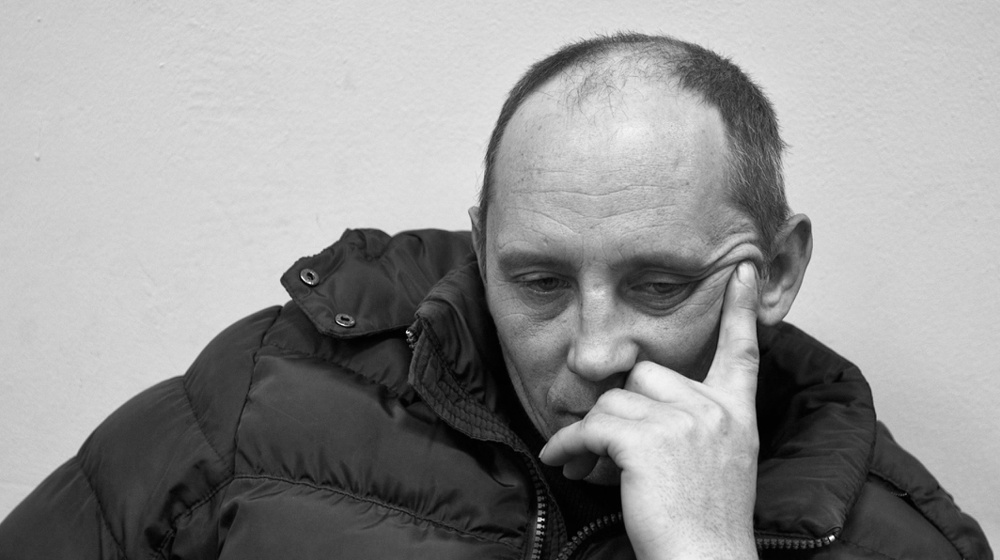 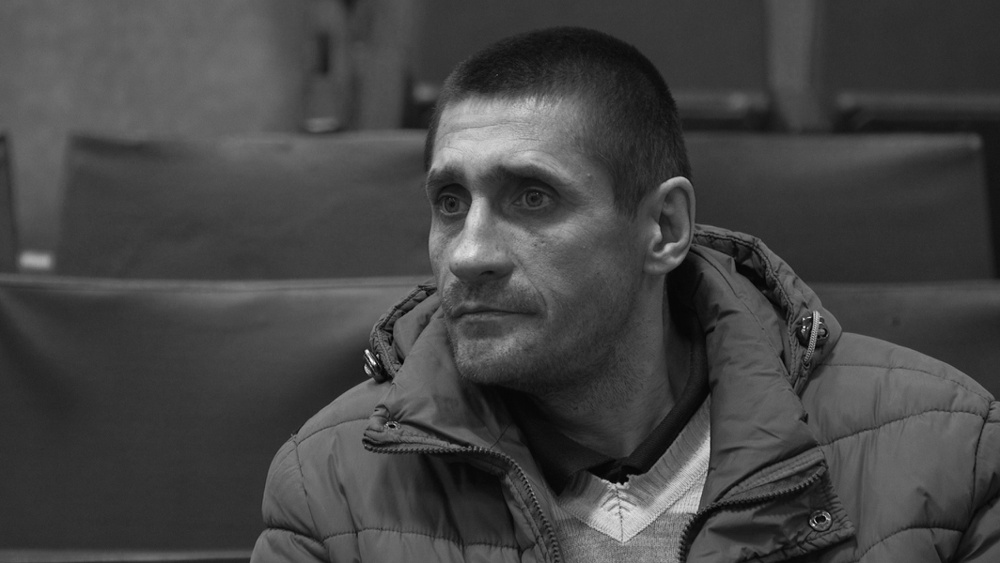 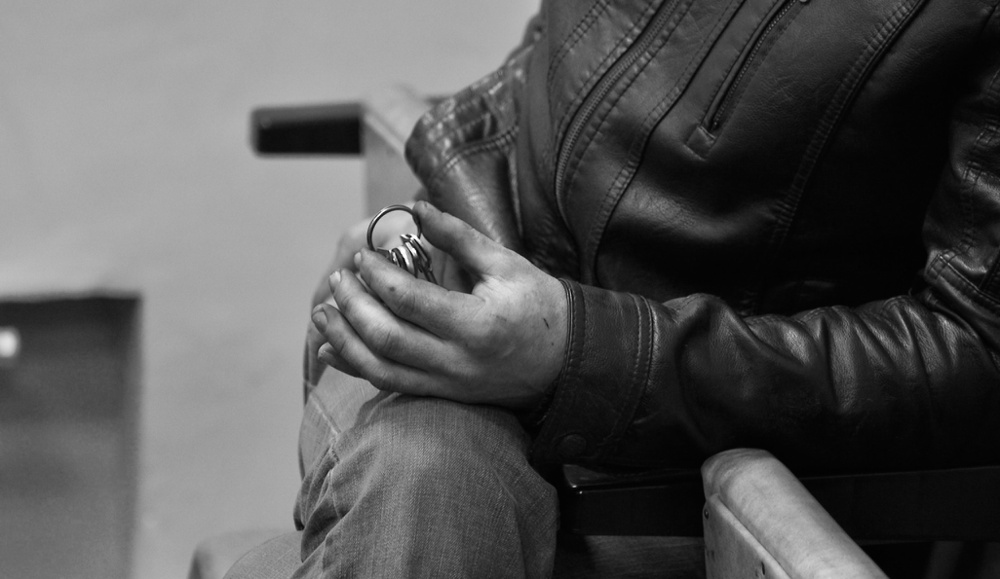 We will note, the other day the Governor Alexey Teksler and the envoy Nikolay Tsukanov sumptuously turned on furnaces on one of the Chelyabinsk enterprises, and furnaces on Kaslinsky ironworks have long been shut down. The Envoy and the Governor can often be seen with different oligarchs. Are Teksler and Tsukanov ready to come to these workers and turn on furnaces with them? Which of these high-ranking officials is ready to protect small and medium-sized businesses, not in words, but in deeds?

In 2017, employees of the Nizhny Tagil enterprise complained about not getting payed. The situation was resolved only after the personal intervention of Vladimir Putin, who called their employers "griefers". After that, criminal cases were initiated, and the head of the Sverdlovsk Investigative Committee of the Russian Federation, Valery Zadorin, was even temporarily suspended from his duties to conduct an internal audit. "Griefers" from Tagil were convicted as guilty with real terms of imprisonment. 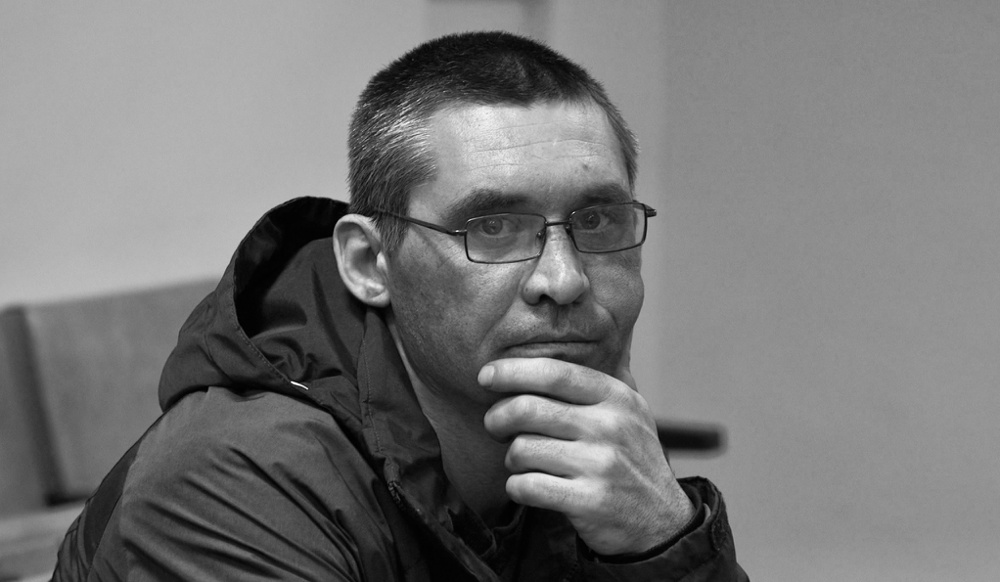